Coastal cities hold a special place in the popular imagination. In the mind’s eye, it is as easy to imagine the outline of a city appearing on the horizon as it is to picture it disappearing from view, knowing you are headed to new territory. The boundary where the land meets the sea is inevitably a gateway through which people and things enter and leave, sometimes provoking major changes far deeper inland.

Cities by the sea are the stuff of legend. They hold an irresistible romance and danger because of their roles throughout history. Port cities were the sites of trade and war, sometimes the traumatic initial site of conquest. The interaction between cultures brought with it new sensual pleasures, like silks, spices and narcotics, and offered interaction between people with different languages, religions and taboos.

Coastal cities offered a glimpse at another world, and formed a hub in a network of international cities, with all the brutal and beautiful implications that being connected to other nations, continents and trade routes imply.

But today, a new dimension of coastal cities is opening up. They are already becoming the impact site of one of the most immediate repercussions of human caused climate change: sea level rise. Nearly 1,8 billion people in the world live in an area with increased exposure to coastal flooding and storm surges, and land subsidence is accelerating this risk.

“Coastal zones are some of the most densely populated areas in the world and include many of the world's large cities and many of the fastest growing urban areas."

That is the inspiration for the Sinking Cities Project: our understanding of the historical, cultural and economic importance of coastal cities, and our confusion as to why the direct threat to their existence seems to be underplayed or at time, ignored by the people who have the power to help. For what happens by the sea will eventually impact the heartland.

In this project, we brought together six local journalists from cities that are threatened by sea level rise: Ope Adetayo from Lagos, Zuha Siddiqui from Karachi, Lois Kapila from Dublin, Rehab Abdalmohsen from Alexandria, Zuza Nazaruk from Rotterdam and Shamsuddin Illius from Dhaka and Chittagong. The cities they come from offer a fascinating sampling of approaches to this issue in places with different populations and financial assets in Europe, Asia, and Africa.

The in-depth stories our journalists tell about their cities give an example of the range of possibilities for dealing with this threat, and the human beings who are being affected today by their government’s actions or inactions.

Their stories are meant to help break the illusion of gradual, natural change and uncloak what is happening to coastal cities for what it is: a deeply social, cultural and political phenomenon that is inextricably linked with actions humans take now.

I invite you to compare their stories yourself as you read. You will find both similarities and differences. One overarching theme is how the current attitude towards Sea Level Rise puts coastal cities at odds with their interconnected past. These journalists show, coastal cities, still hubs between nations and cultures, showcase a disturbing disconnect when it comes to sea level rise: they form an archipelago of isolation.

There is isolation between them: cities that face similar risks do not do enough to share approaches or resouces in their fight for resilience and existence.

There is isolation between people and their governments: the people living in the areas most directly affected are unable to get the help they need, while people who need no help get luxury real estate playgrounds or access to diminishing resources to enhance their business.

And, perhaps most importantly, there is isolation within the governments. The offices in charge of assessing risk and mitigating damage see their advice ignored when it is convenient for plans to keep growing and extracting for profit.

But still, there is connection in struggles, and in the science. I will attempt to outline some of those connections here. But in order to really understand, I invite you to dive in and read the full stories for yourself. Pick a city that calls to you at random, explore, and emerge with a greater understanding of what’s at stake, and who’s responsible.

Development at a cost

The most common denominator between the cities in this project was the prevalence of boundless industrial and real estate development, to the detriment of natural flood barriers and resources, and frequently against the recommendations of environmental experts.

In Alexandria, towering skyscrapers are being built and land is being reclaimed from the seas for investors, despite warnings from experts about the risks of storm surges and erosion.

In Dhaka and Chittagong, as groundwater reserves are increasingly scarce and harder to reach because of saltwater incursion and population increase, thirsty industries take more than their share – and land subsidence increases dramatically.

In Karachi, people have seen their homes destroyed, apparently to make space for water routes through the crowded city. Yet the construction of luxury coastal housing communities continues unabated, against court orders and allegedly without environmental assessment.

In Lagos, satellite imagery shows how dramatic coastal erosion has swallowed whole communities and wetlands have been eaten up by developments, without regard for the important role experts say they play in protecting the coastline.

And in Dublin, the construction of a storm surge barrier has come against opposition from homeowners, who don’t wish to see a beloved seaside amenity obstructed, even if it would protect future residents.

Only in Rotterdam has the expensive construction been in the other direction: massive infrastructure projects designed to protect the city, including the world-famous Maeslant Barrier, designed to protect the city from a storm surge. But here is also irony, in that the wealth enabling Rotterdam to make such investments is partially derived from the industry trading the fossil fuels that travels through its major port.

Rotterdam stands out from the other cities studied because of its level of governmental investment in preparations for sea level rise and other measures of climate instability. It is also part of a country that has been on the other end of the colonization divide from the other countries in this project- a country that profited massively from monopolizing resources produced in countries it colonized. To this day, this small country dwarfs the others in GDP, and only a fraction of its at-risk citizens live in poverty.

But more recently, Rotterdam’s history has another unique influence. Heavily bombed by Germany during World War II, the city had to be rebuilt in a massive effort. Several years later, a once-in-a-liftetime flood hit the southern Netherlands, leaving the country traumatized and determined to rebuild in a way that would prepare them for similar events in the future.

The other countries in this reporting had vastly different historical events to contend with.

Bangladesh and Pakistan formed a single state following independence from the British Empire. While Rotterdam was rebuilding and the Netherlands was investing a fortune in possibly the world’s largest flooding defense system, the two countries went through independence and a war against one another.

Having much of the South Asian peninsula’s wealth drained by the British Empire, the two countries remain heavily indebted to foreign debtors to this day. Despite contributing far less to the world’s carbon footprint, they are at the forefront of countries to be impacted by coastal flooding and sea level rise caused by climate change.

Meanwhile, Alexandria’s historical lineage places it at the crossroads of major trade-routes, empires and tectonic plates. Like Rotterdam, it has a historical memory of vast destruction caused by water, but these events are shrouded in the deep past, and visible now only to those who are willing to dive off the coast of the city to visit remarkable historical remains. The distance of this past – far from today’s climate emergency- makes it more difficult to persuade authorities of the possibility of repetition.

A final throughroad to the Sinking Cities Project is the apparent inability of experts, community members and government departments to persuade the people who make decisions to prepare for a tumultuous future of sea level rise that is no longer in serious doubt. As many experts reiterated in different cities: no matter what the world does now, sea level rise is already here, changing coastlines and the lives being lived along them.

Our journalists found in several circumstances that environmental impact studies were ignored, or never commissioned in the first place.

In Lagos, the wetlands that could play such an important role as a natural barrier in protecting the city have been slowly but surely sacrificed for development. In cities like this one, a population boom creates economic opportunities that seem hard to resist, even when development comes at a clear cost for current and future safety.

As is seen Alexandria, the destruction of natural “soft” barriers can lead to the building of “hard” solutions, such as concrete blocks and revetments. But these have an unfortunate impact on public sea view – and might not be enough if real estate development continues to shape coastlines without considering the side effects.

Defenses against the sea often take the form of a barriers. These can be massively expensive eyesores, that block the very benefits that coastal cities have always boasted. Other options are also unattractive: moving development away from the ocean, even moving an entire capital city, as Jakarta has planned.

Forcing our governments to take action that will ensure the least amount of harm comes to the fewest people is a challenge that at times seems insurmountable. Calls for climate reparations and justice are met by denial and isolationism. But we can take the lessons of coastal cities at their best and apply them elsewhere in the battle for an equitable response to the climate crisis: interaction and collaboration can bring about great changes in the world. Technology and revolution can spread when people work together across borders.

We hope that you will take the lessons from the Sinking Cities Project back to your local struggle for climate justice, and push people to listen to eachother and consider what we can learn from the past and present to protect the future. 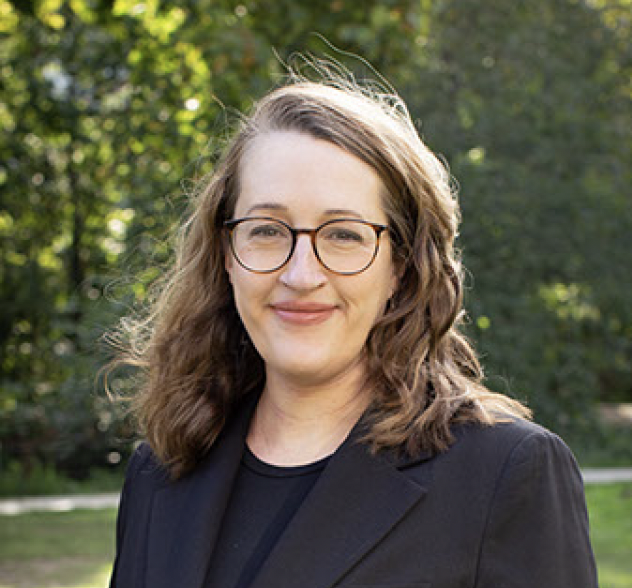 Tina Lee is editor-in-chief of Unbias the News and head of publications at Hostwriter. In her spare time, she researches, writes, and podcasts about the politics of migration and far right.

The Sinking Cities Project is a global cross-border investigation that examines how sea-level rise is impacting major cities and how their governments are responding to the consequences of climate crisis.

Local journalists spent six months with our team investigating how their coastal cities are preparing for a threat that will affect communities, ecosystems, and economies all over the world.

These reports show that the response to the climate crisis is a social, historical and political phenomenon. Even on a city level, money and power obscure the picture of what needs to be done to ensure safety and justice for all. As journalists, we collaborate to clear the view.

This investigation was developed with the support of Journalismfund.eu, European Cultural Foundation and the German Postcode Lottery.