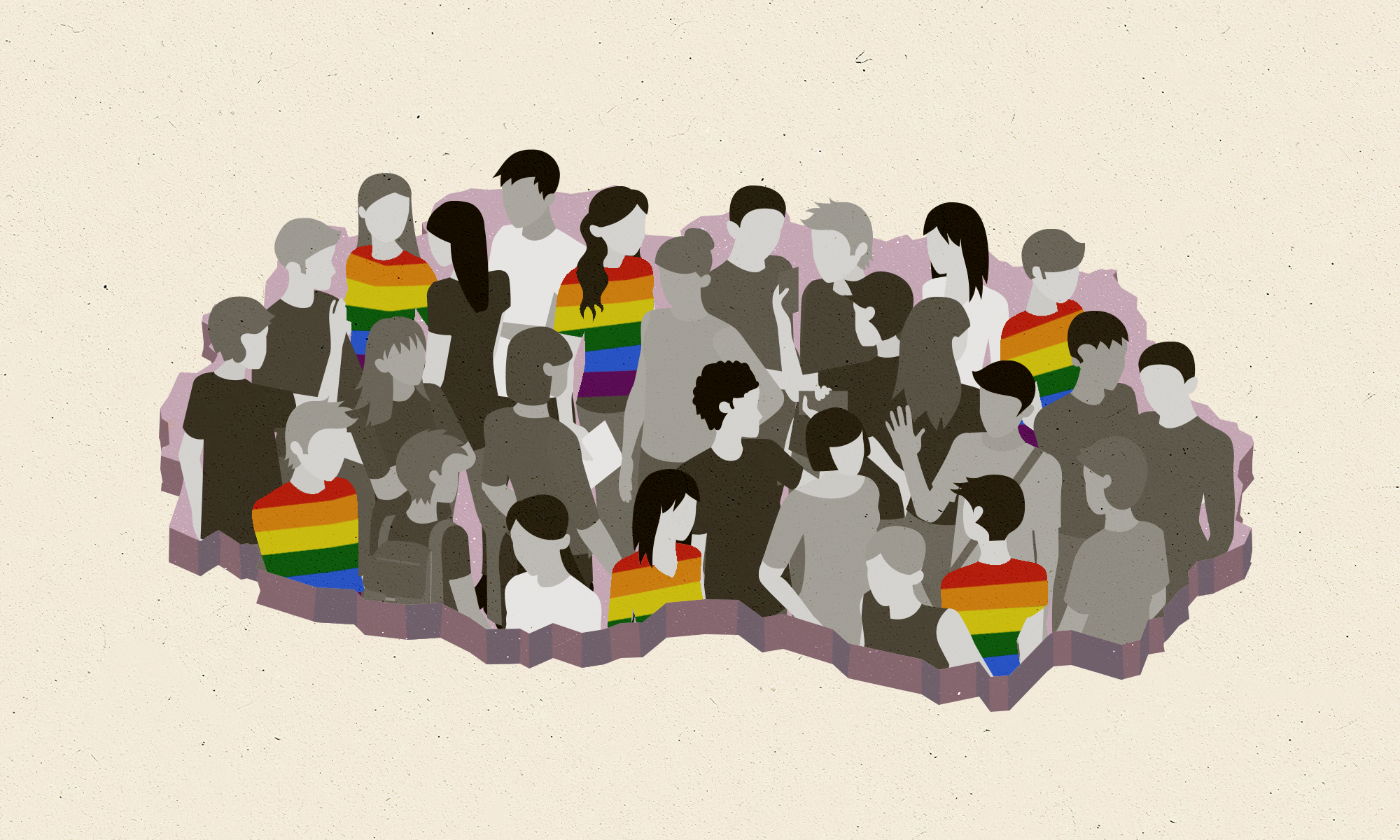 Family First: The Rise of the Anti-Gender Movement in North Macedonia

Hate speech directed at LGBT people is on the rise in North Macedonia, but victims rarely report it. The ‘anti-gender’ movement, meanwhile, is making gains.

When 27-year-old actor Leo Popovic came out as transmasculine in January this year, he received some 15,000 messages on social media, the majority of them supportive.

His favourite came from a woman who wrote, “Leo, son, I’m a 60-year-old grandmother but I support you and I love you.”

Others, however, were less impressed, and one group in particular in Popovic’s native North Macedonia suggested he suffered from a psychological disorder in a series of posts that questioned his gender identity.

“I came out publicly to be who I am as a person; I didn’t come out publicly to attack or convert anyone,” said Popovic, the first openly transgender actor in the Balkan country. But the Facebook group Prezemi Odgovornost [Take Responsibility] saw it differently.

The backlash Popovic has faced from some corners of Macedonian society reflects a rise in transphobic and anti-LGBT rhetoric online, promoted by conservative groups in the mainly Orthodox Christian country claiming to be protecting ‘traditional’ family values and children.

There has been some progress: Skopje Pride was held for the third time over the summer. But increased visibility has brought a similar rise in the right-wing, tech-savvy ‘anti-gender movement’ as well as unpunished online hate speech.

According to the Helsinki Committee for Human Rights, instances of recorded hate speech on the basis of sexual orientation or gender identity accounted for 18 per cent of all instances of hate speech in 2020. That figure rose to 33 per cent in 2021.

Then in March this year, the Social Democrat-led government withdrew a bill from the committee stage in parliament that, had it been adopted, would have allowed for Legal Gender Recognition, i.e. for transgender people to legally change the sex marker on personal documents. The government was accused by some of bowing to pressure from members of the public and politicians who employed transphobic arguments and hate speech to oppose the bill.

Biljana Ginova, Advocacy Manager at ERA [LGBTI Equal Rights Association for Western Balkans and Turkey], said such conservative ‘anti-gender’ groups seek to mobilise support among ordinary people genuinely concerned for the well-being of their children, with the ultimate goal of disrupting efforts to achieve equality.

“Тhey achieve their goal by attacking two main topics – LGBT rights and gender equality,” Ginova told BIRN. “The attack in Macedonia is firstly on gender-sensitive and sexual education on the one hand, and issues about LGBT people, that is, specifically Legal Gender Recognition [LGR], on the other.”

Coming out has effectively cost Popovic his family. He said his father had been supportive, but his mother told him she does not “have a child anymore.” Popovic said he was later physically assaulted by his sister while his mother and brother-in-law held him down. He said his family told police that his injuries were “self-inflicted.” No one was arrested or charged, but Popovic was taken to a psychiatric hospital. Popovic said that for years his family dynamic had been “toxic” and that the assault was the final straw. He left home.

Prezemi Odgovornost was less than sympathetic, dedicating a post to Popovic in which it called him by his birth name Dolores – which remains his stage name – and misgendered him by using only female pronouns. His gender dysphoria was “induced” by outside forces, it said.

Asked for a comment for this story, Prezemi Odgovornost misgendered Popovic once again and accused him of spreading hate speech, noting that his status as a public figure gave it the right to criticise him.

“Every public figure not only should, but must be subject to public criticism, whether good or bad, because public figures are examples and role models for others,” the group told BIRN.

It then dedicated two posts to the author of this article, linking to the author’s personal Instagram profile, describing her as “just another activist from the LGBTI+ guard,” and falsely claiming that she had publicly accused the group of being funded by “American and Russian nationalists” in her journalistic work.

Many in Macedonian civil society see Prezemi Odgovornost as part of the ‘anti-gender’ movement, a right-wing movement that opposes the concept of gender as a socially-constructed category. Adherents insist on the “biological reality of sex”, ignoring the existence of intersex people and the scientific complexities of sex in order to promote the patriarchal family as the only “natural” family structure.

In mid-October, a bishop of the Macedonian Orthodox Church, Stobiski Jakov, publicly expressed support for Prezemi Odgovornost, warning that “so-called ‘gender ideology’ will quickly come knocking on our door.”

In the wake of Italy’s September election, Prezemi Odgovornost welcomed the victory of the far-right Brothers of Italy led by Giorgia Meloni and urged North Macedonia to follow Italy’s example. Meloni’s party is the most far-right party to come to power in the country since Benito Mussolini’s Republican Fascist Party.

“As far as LGBT adults and trans people are concerned, we believe that everyone has the right to live their own life as they wish, as long as they don’t dare to get involved in other people’s lives and don’t try to harm children,” the Coalition said in an email.

“We believe that since LGBT and trans people, by their own personal choice, cannot reproduce in a normal and natural way and only a small number of them adopt children in the world, consequently, they have no right to get involved in and have influence over the education and upbringing of children from heterosexual marriages, in which all children are born.”

On its website, the Coalition lists its main partner as Family Watch International, FWI, a well-established conservative American anti-sex education, anti-abortion and anti-LGBT organisation. It also says it is supported by Gender Identity Challenge Skandinavia, GENID, an organisation that falsely claims the existence of a phenomenon called Rapid Onset Gender Dysphoria.

The Coalition declined to comment on whether it receives financial support from FWI and GENID.

While the links between these organisations remain unclear, civil society activists say the narratives pushed by the Macedonian anti-gender movement echo those of similar groups abroad.

“They’ve managed to frame the things that [our organisations] are dealing with as some kind of conspiracy, that our goal is to destroy young people etc…,” said Irena Cvetkovic, executive director of the human rights organisation Coalition Margins.

Coalition Margins, which has spent a decade advocating for Legal Gender Recognition in North Macedonia, and Cvetkovic in particular, have been frequent targets of Prezemi Odgovornost and similar groups.

Civil society groups have taken the withdrawal of the LGR legislation from parliamentary procedure as a major blow to their efforts to advance transgender rights.

Anti-gender activists lobbied politicians and MPs; letters signed by the Coalition for Child Protection can be found on the Facebook page of Prezemi Odgovornost, as well as the template for an email that was sent by more than 500 individuals to the government and the justice ministry in particular. The letters argue that sex is an inviolable biological category, that the bill would endanger cisgender women by letting transgender women into women’s spaces, and that gender discrimination would lose all meaning if it is not based on biological sex.

Cvetkovic noted that the anti-gender movement is careful to use language not obviously recognisable as hate speech, thus avoiding legal sanction.

“They themselves do not spread hate speech, but further provoke and provide space for people to create such attitudes and values,” Cvetkovic told BIRN. “They manipulate certain emotions that can further contribute to people spreading hate speech.”

Popovic, nevertheless, is certain that the Prezemi Odgovornost post about him was a form of hate speech given its insinuation that being queer is a form of mental illness and believes that the post implicitly incites violence.

Elena Mihajlova-Stratilati, a professor of international public law at the Law Faculty Iustinianus Primus in Skopje, said that while Macedonian law provides for the punishment of online hate speech, the system has little real experience of processing such cases.

The anti-gender movement nevertheless creates social contexts in which hate speech is an inevitable consequence, she said.

“If that hate speech is allowed to continue unsanctioned on a broad front, those people who are targeted by it cannot continue with that basic status of equal citizens,” Mihajlova-Stratilati told BIRN. “It’s not even that abstract because it will certainly lead to acts of hate, it will lead to a climate where prejudice increases and these people are even less safe.”

Slavica Anastasovska, a lawyer with the Helsinki Committee for Human Rights, said that victims of hate speech rarely report it, probably because of the stigma and fear of being outed.

The Committee itself reports instances to authorities, but is unable to lodge any appeal given it is not the direct victim.

“The law allows only injured parties and victims to file a complaint,” said Anastasovska. “So it is much better if the victims themselves report so that they can take the procedure to a higher court and further to the European Court of Human Rights.”

Popovic said he simply doesn’t have the time. “I didn’t report it because if I got around to reporting every situation like that, it would be a full-time job,” he said. “And at the time, I was going through so many things that it was easier to ignore it.”

This story was originally published by Balkan Insight and was made possible through BIRN’s Digital Rights Programme for Journalists.

Please consider a donation to support the work of our all-women newsroom. We create a space for journalists facing structural barriers, working towards a more equitable, inclusive world of journalism. Join our mission today!

More articlesTo recover mental health in Denmark, ten years will be too long
NextA new culture: How technology is freeing meat from a guilty conscience 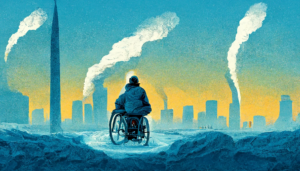 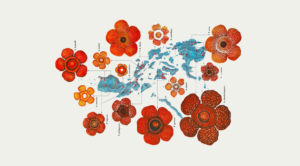 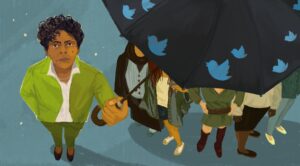 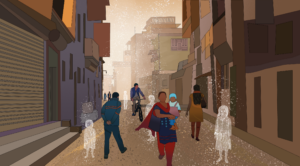