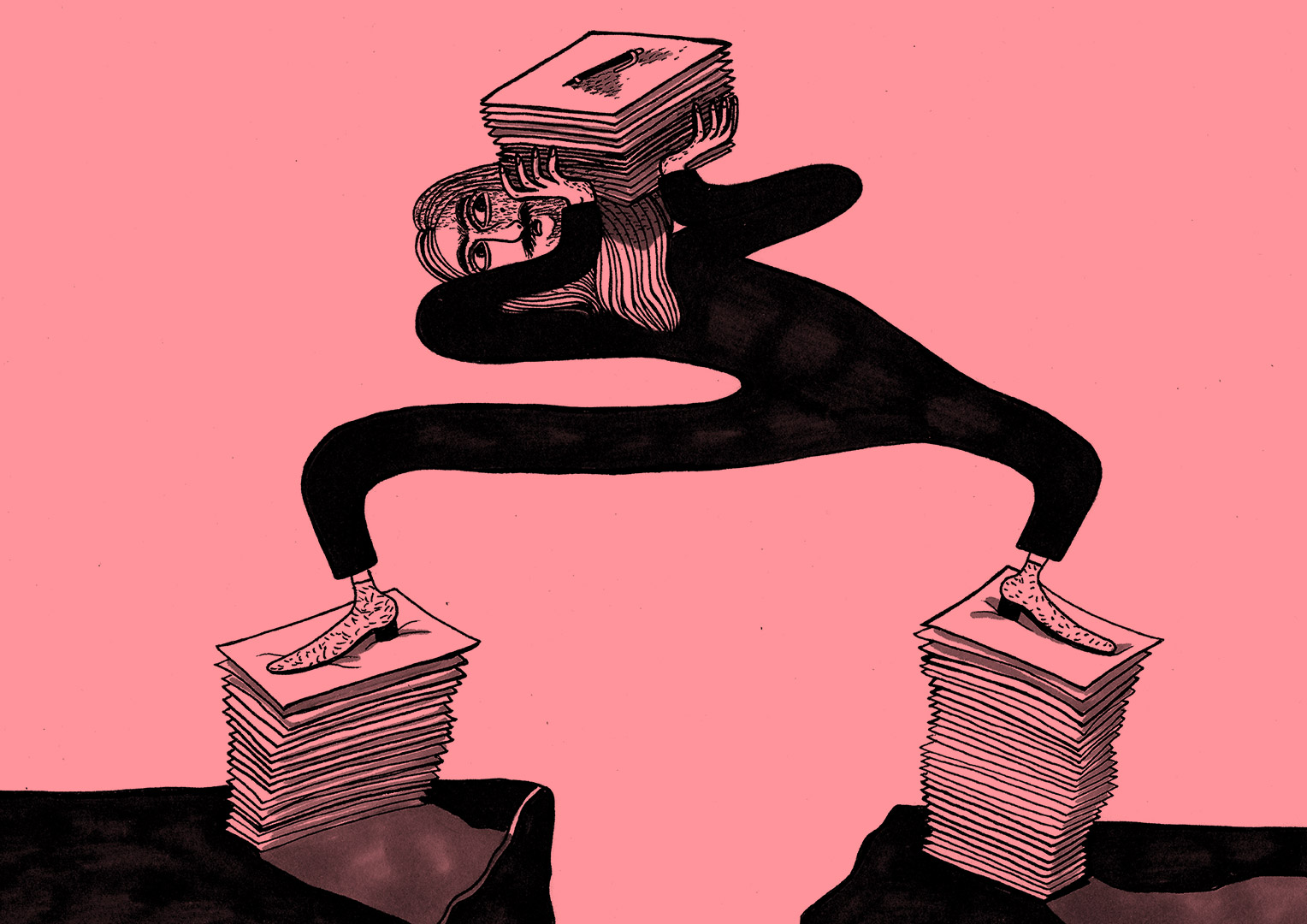 Love Is Not Tourism – Being Together In A Pandemic

They thought it would take two weeks at most. Meanwhile, the separation and uncertainty seem to have no end. Lovers from different countries, separated by a pandemic, do not hide their anger towards politicians.

“We live like a good marriage,” says Katarzyna. She lives in Poland and he in the United States. They have been together for 10 years. “We met the first time in a supermarket, where he chased me between the shelves. I was wondering what kind of crazy person started to haunt me. Then he gave me a card with his phone number and we made an appointment. I had to give myself courage with a glass of wine, because my English was not good,” she recalls.

From that moment on, both have been on tour with their suitcases at the ready. Once every three months, Katarzyna flies overseas, and after that, Mike arrives in Poland for the same period. The separation was nothing new to them. But the Coronavirus pandemic turned out to be a strong blow.

“We haven’t seen each other since 18 March, when I flew from the U.S. to Poland. Mike was supposed to come to Poland in April. At that time, we thought it would be possible. But it didn’t occur to anybody that half a year later the world would still be closed,” says Katarzyna. After a while, Mike adds that fortunately they have the Internet and telephones. They talk to each other several times a day and keep their rituals at a distance. However, it is getting more and more difficult month by month.

“Every day I wake up with the thought that maybe something is going to change today. But when I go to bed, I am disappointed again. It can really be very destructive,” she stresses. Katarzyna doesn’t want to wonder how much time she has left with Mike in comparison to how much the pandemic has already taken. An American who survived the terrorist attack in New York on 11 September 2001, Mike received a cancer diagnosis three years ago. “He is after successful treatment. We don’t have time to waste.”

Katarzyna tries to understand the governmental measures taken to fight the pandemic, but does not agree with how their relationship is treated by politicians. Practically, only family members can count on consideration for visas to Poland or entry from abroad despite restrictions. Partnerships do not fall within this definition, according to those in power.

“I have been with Mike for 10 years. Probably in many respects our relationship is much more successful than many marriages. And someone is trying to tell me that my partner and I are not a family and have no right to continue our life together."

“We try to support each other, but sometimes there is simply no hope anymore. It’s hard to make plans for the future in any way, when everything around is so uncertain,” Marek says. The last time he saw Rose was in February. They planned that she would move from her home state of Virginia to Poland and they would rent an apartment together. However, the pandemic wrote a different scenario for them.

All that is left for them is contact via the Internet – where their relationship began. At the end of 2017, Marek founded a group on anime and Japanese culture on the online platform Discord. A few months later, an American woman joined, soon becoming one of the most active members of the virtual community. Before Rose and Marek joined together, their love for Japanese culture brought them closer.

In the Land of the Rising Sun, where Rose studied, they met for the first time face to face. Marek flew to Tokyo for a week. As he recalls, he immediately fell in love with her and with Japan. From that moment on, they tried to meet regularly – he got to know her American neighborhood, and she spent Christmas in Poland.

“Before the Coronavirus, we never happened to be separated for more than three months. This was our upper limit, because we have noticed long ago that longing simply becomes too severe within these limits".

Because of the restrictions during COVID-19, transatlantic travel has been severely constrained. Therefore, the couple considered different possibilities to meet. Just for a moment. For example, through Croatia and Turkey to the United States. “Our families, after some thought, did not agree to such a development because of fears of the virus and generally because of the costs. Even if I personally have a completely different opinion about it.”

Again, all that is left for the couple is online contact. The problem is the six-hour time difference between Poland and the U.S. Therefore, they are forced to meet each other for video calls in the middle of the night or very early in the morning. Despite being thousands of kilometres apart, they try to do something together. Like cook a vegetarian dish of shoyu ramen, based on vegetable stock and dashi broth, seasoned with soy sauce. Of course, served in a heart shaped bowl. “We are waiting for better times,” Marek says. He hasn’t lost hope that he will spend next Christmas with Rose.

For the last several months, they have been separated by hundreds of kilometres. He in Moscow and she in Poznan. “We met a year ago in winter on the Internet on a platform for learning foreign languages. For half a year, we wrote and talked over Skype” – this is how Iwona recalls the beginnings of her relationship with Fiodor. They met face to face for the first time in Paris last summer. They couldn’t live together. Iwona graduated from a university in Poland, and Fyodor runs his own company in Moscow. “We met every two to three months. Once in Poland, once in Moscow. We spent the New Year together.”

When the pandemic started, Iwona was doing the necessary formalities in Moscow to apply for permanent residence in Russia. Without waiting for the decision of the officials, she had to return to Poland as soon as possible because of the borders being closed all over Europe. “I was leaving Moscow with the thought that I would see him in May. Unfortunately, it did not work out.”

Hope returned during the summer, when the restrictions on traveling around Europe began to ease. However, Iwona and her partner were disappointed. While the governments of Germany and France treat their partner’s relationships on an equal footing with their spouses, the authorities of Poland and Russia do not necessarily treat them as such.

“No one agreed to letting us cross the border. It failed, despite a lot of emails and phone calls. A private invitation and a visa for private purposes is still only tourism under the law.”

Nevertheless, Iwona’s relationship with Fiodor is not in crisis. The couple has more and more plans for after the borders are fully opened. Every day, they talk over Skype, watch movies together and drink wine.

“We share our everyday life and plan a common future. We have packed our suitcases and prepared documents. We are waiting only for information that the borders are open,” Iwona assures.

Love is not tourism

Thousands of couples are experiencing similar dilemmas not only in Europe. Common plans and stability have been replaced by uncertainty and vain hopes. The pandemic and the restrictions that it entails have put people in cross-border relationships in the face of many challenges, especially personal ones. “Not every union will survive this test,” says Katarzyna Kucewicz, a psychologist. Distance from each other, lack of certainty or other problems are most striking in relationships with less contact. Perseverance is the most desirable skill in such a moment. However, couples living at a distance have mostly worked out ways of dealing with the separation.

“These are daily rituals in the form of a phone at a fixed time, sending yourself pictures and frequent video calls. However, here comes the fact that we do not know when this situation will end and whether the partner is safe. This can be very demanding emotionally,” Kucewicz says.

The couples separated by the coronavirus mostly do not resent the government for having imposed restrictions. Politicians, famous actors or businessmen can expect to cross borders faster than ordinary citizens during a pandemic. Meanwhile, couples such as Iwona and Fiodor or Marek and Rose, are treated like ordinary tourists.

Tens of thousands of people on Facebook share their stories, the latest information about restrictions and are reassuring each other. The lovers’ community primarily wants to influence the governments of countries to make it possible for international couples to meet again – to process visa applications faster or not to turn members of couples back at airports.

The Polish authorities admit directly – citizens of restricted countries may cross borders only in “particularly justified cases.” This applies primarily to family members or the performance of professional duties. Why? Civil unions and same-sex couples are not recognized by Polish authorities. Despite the existence of the Schengen Area, it is the EU States that are free to introduce their own border restrictions.

Laura Berard, press officer of the European Commission, stressed that Brussels was calling on the governments of the EU States to allow international couples to meet despite restrictions. “We have repeatedly encouraged all Member States to make use of this possibility,” she added. Solidarity with couples separated by the pandemic was expressed by Ylva Johansson, EU Commissioner for Home Affairs. At the beginning of July, she called on EU States and travel agencies to apply the widest possible definition of partnerships.

For the time being, the lovers just need to wait. “It is very important to have a person who gives us support in this difficult time. Also, they need to intensify conversations with other people. Don’t be afraid to talk to your partner about your emotions – that you miss them and that it’s hard,” Zuzanna Bursztyn, psychologist, advised the cross-border couples.

The original names of the characters have been changed. The text was previously published in November 2020 as part of our Agora Europe story series.

Piotr Drabik is a Polish journalist with a focus on domestic and international stories. Since 2018, he has been a member of the Hostwriter Ambassador Program. Follow Piotr on Twitter.